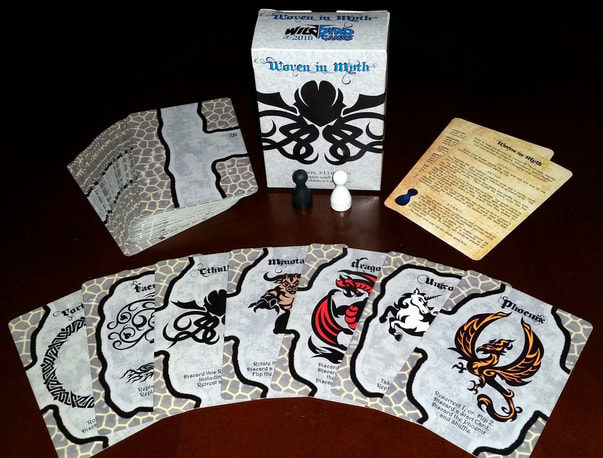 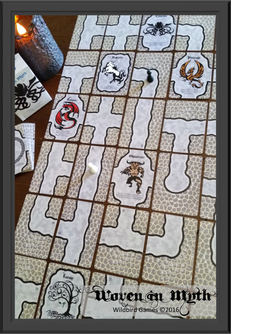 Enter a maze enchanted by Unicorns, Phoenixes, Fairies, and tormented by Dragons, Minotaurs, ​and Cthulhu!
​Can you survive this ever changing map of myth?

A randomly generated map every game.
​Rotate and flip cards to victory!

Get WOVEN IN MYTH here!

Add these map expansions to
​Woven in Myth!

"Some games go really quick.  Some games are explosive and awesome!"  Edo's Game Reviews
"Played this with my son for the first time and we both had a blast. It's a simple game with some decidedly tricky tactics. Our first run through we were just getting a feel for the game, so we played nice. The second (and subsequent) time, the gloves came off and we both started trying to find ways to get one over on each other. I love games that are simple enough that you don't have spend a weekend arguing about the details of the rules, but complex enough that you can really sink your teeth into playing the game. Woven in Myth nailed it on both. It's a seemingly straightforward game with a huge amount of replay value and enough inherent complexity to make it fun."  Eric Lahti
Get Woven In Myth and Expansions here! 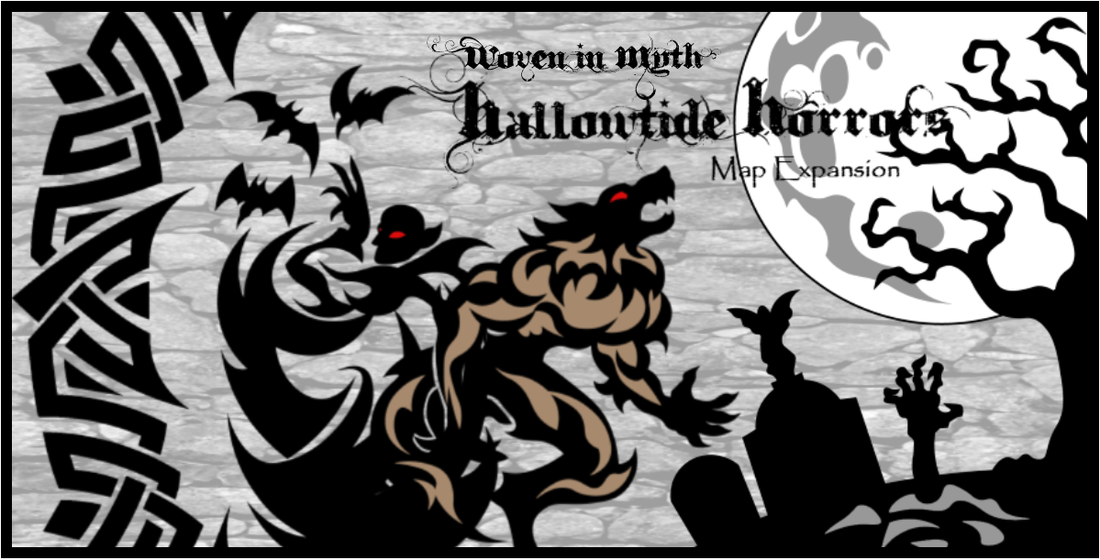